“The future is still there,” says Guillaume Perdon, “it’s just different from what we’d expected.” Phnom Penh Post caught up with BRED Bank Cambodia’s CEO and discovered why the European-owned bank believes that, despite the challenges ahead, Cambodia has the resilience to adapt to ‘the new normal’.

Since the start of the global pandemic, BRED Bank Cambodia has maintained a strong stance on its commitment to the Kingdom’s economy, moving quickly to support existing customers while maintaining a steady supply of fresh commercial lending.

“While we still expect to see very positive growth in our lending portfolio in 2020,” says Perdon, “it’s still likely to be around half of what we’d planned for this year.” Despite lowering its target, BRED Bank Cambodia still expects to make a substantial commitment in new lending and already has the capital in place to more than match its revised goal.Perdon still expects very positive growth in BRED Bank Cambodia’s lending portfolio. Photo supplied

“Of course, we’re starting from a lower base than many of our competitors,” he admits. “Our growth rates are strong because we’re fairly new to the market.” It’s clear, however, that BRED Bank has the ambition to continue to pursue double-digit growth in a sector that, elsewhere, is contracting fast.

“It’s almost certain that gross lending will slow across both the banking and micro-finance sectors. They’ve seen 15-20 per cent year-on-year growth in the recent past but are likely to see growth slowing considerably for the foreseeable future.”

While Perdon sees opportunity for new lending, he anticipates some adjustments to how banks approach new business. “We haven’t specifically changed our lending criteria but the current economic situation has made us more focused. We have to make sure new clients have the capacity and the resilience to adapt to market conditions and new trends.”

For an emerging economy like Cambodia, an international shock of this magnitude has a profound and rapid effect. The World Bank has predicted that the nation’s economic growth will be its slowest since the 90s, indicating that growth will narrow to between -1 per cent and -2.9 per cent of GDP.

In 2019, tourism, the garment industry and construction collectively accounted for 70 per cent of Cambodia’s economic growth and all three industries now face huge uncertainty. International tourists are unlikely to return in significant numbers until the 2021/22 season at the earliest, while the garment industry is already experiencing a slowdown in demand as consumers in the US and EU tighten their belts. In construction, as Foreign Direct Investment declines, the uncertainty inevitably increases.

“Although the impact of Covid-19 in Cambodia has been less visible, we can already feel the repercussions in the economy. That means jobs are at risk and increases in unemployment can quickly have an impact on lending portfolios in both the microfinance and mainstream banking sectors,” he says. “To minimise the economic impact, the Government has moved quickly and we feel its initiatives have definitely helped. The Central Bank’s reduction of the reserve requirement ratio creates more liquidity in the system and the new credit guarantee fund will help reduce risk for the banks.”

As you’d expect, BRED Bank is also moving with the times. “We’re already adapting our own business to be more effective. We’re looking closely at the way we operate, adopting new digital techniques, reducing dependency on the branch network, successfully introducing remote working and we’re even developing some non-financial products and services that we plan to launch in the months to come.”

In a time of rapid change, Perdon instinctively believes both BRED Bank and Cambodia are well positioned to negotiate the challenges ahead. “Our international status gives security to our depositors. It also guarantees our liquidity, giving us a strong advantage as a lender.

“We’re backing Cambodia to restart quickly once the crisis is over. In many ways it’s resilient and the people here know how to manage in hard times. Overall, we’re optimistic and we’re proud to be doing all we can to help Cambodia return to positive growth as quickly as possible.” 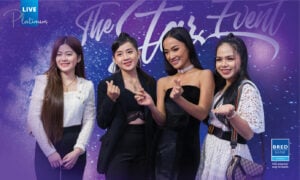 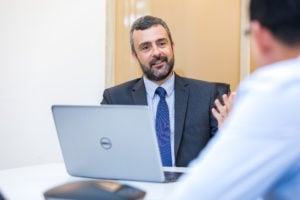