BRED Bank Cambodia celebrated the launch of its 14th branch in the Kingdom with a Grand Opening attended by a host of local VIPs. New Chief Executive Officer, Nicolas Hollanders cut the ribbon and welcomed guests to the new Kampong Cham Branch which is the fourth new branch to be opened by BRED Bank Cambodia this year.

“I’m delighted to have attended my first branch opening as Chief Executive of BRED Bank Cambodia,” said Mr. Nicolas Hollanders. “While Kampong Cham becomes our 14th branch in the Kingdom, and the fourth we’ve opened this year, it’s all part of our ambitious plans to really grow here in Cambodia.”

The new branch is located just 200 metres from the famous Kizuna Bridge in an area that has been designated for rapid economic development. The district has a strong base of businesses from the agricultural, garment and footwear industries with growing interest from other sectors such as food and beverages, motor vehicle parts manufacturing and industrial electronics.

“The Kampong Cham area is a rapidly developing part of the country,” said Mr. Hollanders, “and our exceptional team at the branch is ready to offer our distinctive, personally-tailored services to both businesses and individuals in this exciting community.” 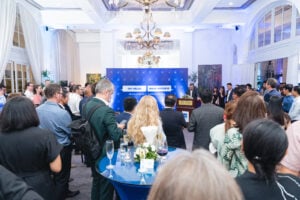